Where’s the Body? Prosecuting the “No Body” Case 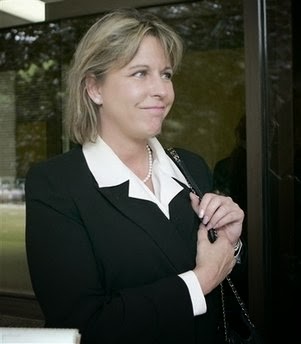 The Corpus Delicti rule mandates that a prosecutor prove that a crime has been committed before a person can be convicted of committing a crime.

A dead body is a critical component and establishes the corpus delicti of a murder case. However, successful prosecutions have occurred where there is no body and sometimes no physical evidence linking a suspect to the crime.

I have successfully prosecuted two “no body” murder cases and sent away five defendants on murder charges where there was no body to substantiate the crime. Having tried over 200 cases to a jury with 97 of those cases being murder trials, I can vouch from experience that the “no body” murder trial is the most difficult and complex prosecution of all. It is a difficult feat to convince jurors of a murder without the body as a key piece of evidence. With careful and tenacious planning it is an obstacle that can be overcome.

The ABC’s of a “No Body” Prosecution
Prosecuting a murder case without a body is an uphill climb for a prosecutor. Without a body, circumstantial evidence becomes the key to the prosecution. The prosecutor must use every shred of available evidence to prove to the jury circumstantially that murder is the only logical explanation of what happened. The prosecutor must also disprove all innocent explanations for the disappearance.

The first thing that a prosecutor must do in a “no body” murder case is make a critical assessment of all available evidence to determine if there is sufficient circumstantial evidence to convince a jury that a murder occurred. Before charging a “no body” murder case, the prosecutor must be ready to rule out reasonable explanations for the disappearance through the process of elimination.

The prosecutor must prove not only that death is the reason for a disappearance, but that the means of death was at the hands of another. The prosecutor needs to use circumstantial evidence prove that the death was a murder as opposed to an accident or by natural causes. The defense will capitalize on any uncertainty in the case arguing that there may be another explanation.

The Missing Hunters
A case that I prosecuted in 2003 is a classic example of a “no body” murder case. On Friday November 22, 1985, Brian Ognjan and David Tyll left their suburban Detroit homes for a weekend hunting trip and disappeared off the face of the earth. When they failed to return home as planned on Sunday night, the families and later police authorities began a massive search. Their bodies and vehicle were never recovered.

In October 2003, J.R. Duvall and his brother Coco Duvall went to trial for the murder of the missing hunters. I had one witness who came forward after 18 years to admit that she had observed the Duvall brothers savagely beat the hunters to death with a baseball bat outside a local bar. It was widely rumored, but never proven, that the bodies of the hunters were then cut up in a wood chipper and fed to pigs. A more detailed account of the nuances of the case can be found in Tom Henderson’s book, Darker Than Night, which gives an eerily accurate description of the case and trial.

The lack of bodies in the case was complicated by other difficult problems. My key witness in the case, Barb Boudro, had issues that I also needed to overcome with circumstantial evidence to prove a murder. Barb admitted to having at least nine drinks the night of the murder, she didn’t know what had happened to the bodies after the beating and she had delayed telling the police what she knew for 18 years. I also had a concern, which did in fact materialize at trial, that Barb would be portrayed as a media attention seeker because of the high-profile nature of the trial.

To corroborate Barb’s story, I needed to elicit every favorable shred of circumstantial evidence available to bolster her version of events. To prove the death of the two hunters was fairly easy. Both David Tyll’s and Brian Ongjan’s bank accounts and credit cards had never been accessed after their disappearance. This evidence was presented at trial to refute claims made by the defense that perhaps the two hunters had ran away to start new lives.

I also presented testimony from David Tyll’s wife that he had asked her to come along on the trip. This circumstantial evidence seemingly ruled out the likelihood that the two hunters willingly set the stage to disappear and start new lives. I also put in evidence to show that there had been no medical insurance claims presented nor processed over the past 18-years for either of the two. This circumstantial evidence supported my witness’s claim that the hunters were in fact dead.

Proving that the deaths were due to murder was more problematic. Barb’s testimony still for the most part needed to stand on its own to prove death by murder as opposed to accident or natural causes. The defense argued that even if the hunters were dead, the prosecution couldn’t prove murder but for the testimony of one shaky and drunk witness. The defense further argued that the hunters who were last seen in an extremely intoxicated state may have driven off the road and ended up in a lake or quarry. As the defense repeatedly argued, the prosecution had the burden of proving that something like that hadn’t happened.

Luckily I had snippets of statements made by the Duvall brothers over the ensuing 18-years that corroborated Barb’s version of events to a certain extent. It was only a few small snippets but it was enough. After a two week trial the jury came back guilty of First Degree Murder in less than two hours.

My other “no body” case was considerably easier than the first. In Detroit Michigan, in early 2001, three men working on a house renovation ambushed, tortured, and robbed the owner of the house when he stopped in to check on their progress. They then stuffed his body in a trash can and took it out to the curb where it was picked up in the normal trash collection the next morning. By the time the police learned of the murder and got to the city dump the body was presumably completely buried under massive mounds of trash. Multiple search attempts were made to sift through the trash piles with a bulldozer to no avail. That set the stage for a “no body” prosecution utilizing circumstantial evidence.

The victim had been stabbed multiple times at the house so there was DNA evidence at the crime scene to compare to the victim’s DNA taken from his toothbrush. This proved that at the very least the victim had been bleeding in the house. I also put into evidence pictures of the city dump so that the jury could understand the futility of the search and see for themselves why the body was never found.

The three defendants later all individually made statements exculpating themselves but implicating the others in the murder. This further proved a murder, even if the respective defendants were blaming it on each other. Since these types of statements are only admissible in trial against a defendant himself and not against other defendants, I was required to do a triple jury trial when prosecuting the case.

The trial was a circus to say the least. We had three separate juries in court at the same time. I was required to do three separate opening and three closing arguments back to back to back. That made for one exhausted prosecutor.

For much of the testimony all three juries could be in court simultaneously. However, certain witnesses only pertained to one jury and when the defendant’s respective statements were introduced into evidence only the jury for that defendant was allowed to be in the court to hear the statement. All three juries ultimately convicted the defendants of murder after a three-week trial.

My personal experience has proven that the conventional wisdom of “no body, no murder” is a thing of the past. The “no body” murder case makes for a difficult prosecution but more and more frequently these case are being prosecuted and won despite the lack of a body. What used to be the perfect crime for those cunning enough to dispose of their victims has become a little less perfect. For that we can all be grateful.

Donna Pendergast is a career prosecutor. She has tried high-profile murder cases for both the Waterford & Clarkston Prosecutor and the Wayne County Prosecutor before serving the Michigan Attorney General as a First Assistant. We here at the electronic criminal lawyer wish to thank Donna for permitting us to reprint her comments from a recent article in the Ludington Torch.