What You Need to Know About Parental Alienation 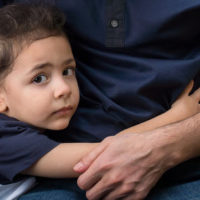 In many divorce cases, an insidious process occurs –sometimes subtly, other times blatantly- whereby one parent alienates the other parent from their children. The alienating parent, the mother in many cases, tries to create an emotional disruption between the child and the targeted parent;  usually the noncustodial father.

Family therapists refer to this dynamic  as “Parental Alienation Syndrome”. This condition, which is also known as “malicious mother syndrome” and “maternal brainwashing”, permanently damages the relationship between the child and the alienated parent.

Parental Alienation is not recognized in the DSM 5 as a mental disorder; scholars attempting to codify the alienation process within recognized psychological standards have been debunked by their peers more than a decade ago.

Nevertheless, as outlined below, Parental Alienation comes in many different forms. As industry professionals, “we know it when we see it.” Since the damage is permanent, Waterford & Clarkston parental alienation attorneys recommend the following range of solutions.

Parental Alienation can be difficult to detect, largely because it may not be intentional. Yet whether the alienating parent intends to disrupt the relationship between the targeted parent and the child, the damage is the same.

In extreme situations, the alienating parent may relocate the child without the targeted parent’s knowledge or permission. Generally,  alienating parents feel they are doing the right thing.Fortunately, courts have jurisdiction over most cases; the relocating parent must obtain leave from the court to move out-of-state or more than 100-miles from the child’s established custodial environment.

In other cases, Parental Alienation is much more subtle. Consider the following examples:

A one-time event or a sporadic occurrence does not amount to Parental Alienation. Novelist Ian Fleming once wrote:  “once is happenstance, twice is coincidence, and thrice is enemy action.”

Indeed, Michigan’s custody law encourages parents to work out petty differences. But in some cases, court action is necessary because so much is at stake.

Waterford & Clarkston family courts are acutely aware of parental alienation , and its dangerous effects. In fact, divorce lawyers and judges routinely insert anti-disparagement  provisions into temporary and final divorce orders. For example, a standing order prohibits one parent from disparaging the other in the presence of the children.

Judges are usually willing to extend this prohibition to social media posts and other media the children might see or hear. One practical problem with such injunctions is the difficulty of enforcement.

If parental alienation affects your family, and the parent’s actions are unintentional, inserting such provisions into current custody or parenting orders may be a good idea. Such anti-disparagement language makes the other parent aware of the situation and may give them pause. If the alienating conduct  persists, these additional orders provide  the targeted parent  a basis to file a motion to modify parenting time or even custody.

Such a motion is usually the best approach in these situations. Waterford & Clarkston family law judges usually order a Friend of the Court  investigation into such  matters. Trained social workers know that instances like the ones described above have a lasting, detrimental effect on the parent-child relationship. Accordingly, these professionals often endorse substantial parenting time modifications, since such alterations are the only effective response to intentional parental alienation.

One of the most famous cases of Parental Alienation was the Tsnomoni case from Waterford & Clarkston. Mother had severely alienated the three minor children from their father who had relocated to Israel. When the brainwashed children refused to see their father, even for lunch between court sessions, the exasperated judge put the defiant minors in Children’s Village. For more information on this case, you can click on our LawBlogger posts here and here.

Another common example of Parental Alienation is when one parent seeks leave of the family court to relocate to another state or part of the country. This permanently changes the trajectory of the relationship between the children and the parent left behind; parenting will be conducted within the context of the children or the parents being “on the road”, half the parenting sessions are conducted in hotels; depending on the new location, jet travel or long car rides several times a year are required.

To some extent, divorce is alienation; every case has it to a greater or lesser degree. Hopefully, the comments above shed some light on a process that we here at Clarkston Legal have seen over and over. Again, we know it when we see it.

If Parental Alienation threatens the parent-child relationship, targeted parents should act quickly. For a confidential consultation with an experienced family law attorney in Waterford Township, contact Clarkston Legal. We routinely handle divorce and child custody matters in Waterford & Clarkston and nearby jurisdictions.