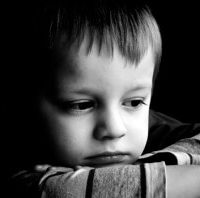 The Wolverine State has one of the most intricate child abuse laws in the country. Section 750.136b sets out four different levels of child abuse, which are outlined below.

All four kinds have significant direct consequences. There are significant indirect consequences as well. A child abuse conviction creates serious issues in family court, even if the conviction is several years old. Additionally, authorities almost always at least temporarily remove the child from the household. If the parents do not comply with a remediation plan in a way that pleases prosecutors, or if the facts are egregious, Waterford & Clarkston officials often ask for permanent termination.

Additionally, a conviction probably means a listing on the Central Registry. This listing is not just publicly embarrassing. A listing could also make it difficult, or impossible, to pursue certain licenses and careers.

So, it’s very important to have an assertive Detroit criminal law attorney at your side the entire time. Though child abuse charges are serious, in most cases, they are nothing to fear. Typically, the state wants the family to stay together. Your attorney just needs to find a way to make that happen.

Misdemeanor child abuse is punishable by up to one year in jail. As a practical matter, most Waterford & Clarkston prosecutors levy these charges when the defendant has no record and/or the evidence is weak.

To obtain a conviction, prosecutors need only prove that the defendant recklessly, or by act of omission, caused physical harm to the child. There is no need to prove malice or injury. Although the state must establish every element beyond a reasonable doubt, these facts are not difficult to prove.

Most criminal cases settle out of court. As mentioned above, these settlements often include remediation plans, especially in misdemeanor cases. This plan usually includes some parenting and anger management classes, along with a small fee and some other program requirements. Typically, if the defendant completes the program quickly, prosecutors will at least consider dismissing the case.

This child abuse is a felony which is punishable by up to two years in prison. It applies if the defendant:

Third-degree child abuse is one of the most commonly-charged child abuse cases. It is obviously more serious than misdemeanor child abuse, and it is almost as easy to prove.

Once again, the mental state (mens rea) requires no malice. “Knowingly” basically means the conduct was not accidental. There is a move afoot to remove “knowingly” from criminal statutes, because it is not really a criminal state of mind.

Additionally, under the broad definitions in the statute, pretty much anything constitutes physical or mental harm. For example, physical harm is “any injury to a child’s physical condition.” That could be a red mark, bruise, or tenderness.

These charges usually settle out of court as well, and the settlements usually involve no significant prison time. However, the court supervision will be more intensive.

This complex felony, which could mean between ten and twenty years in prison, could be charged in one of three ways:

So, second-degree child abuse may be either an act of commission or an act of omission. If the defendant acted intentionally, the state need not prove serious injury. But if there was no malice, the state must prove serious injury. The statute defines a cruel act as something “brutal, inhumane, sadistic, or that which torments.” In other words, the act must be pretty bad to qualify.

If the defendant has a child abuse or other significant criminal record, prosecutors usually charge second-degree child abuse, even if the facts would support misdemeanor charges. In these situations, a Detroit criminal defense attorney can often get the charges reduced.

The most serious form of child abuse is a specific intent crime. The defendant must intend both the conduct and the result (knowingly and intentionally causing serious mental or physical harm). Voluntary and involuntary intoxication may be a defense to specific intent crimes, such as murder, aggravated assault, and first-degree child abuse.

Other defenses include lack of a proper search warrant and the reasonable discipline of a child. Admittedly, many jurors have a hard time believing that “serious physical or mental harm” was reasonably necessary to discipline the child.

Reach out to an Experienced Lawyer