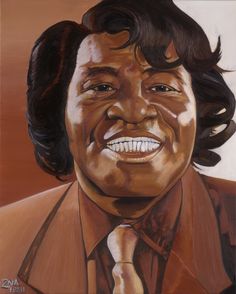 James Brown was known as the “Godfather of Soul.” When he died in 2006, he was considered by many to be one of the most influential musicians of the 20th Century. Accordingly, he left behind a massive estate valued at tens of millions of dollars.

Recently, we came across an interesting article in the New York Times that outlined the chaos that has surrounded Mr. Brown’s estate since his death. Multiple law suits have been grinding on as a result of challenges to his estate plan.

Outside of his professional life as a successful musician, Mr. Brown’s personal life was plagued by estranged children, broken marriages, and brushes with the law. His estate plan, however, was the exact opposite; the NYT described the estate plan, “as orderly as a book of prayer.”

In addition to dedicating millions to the college education of his grandchildren, the bulk of his estate was placed into the “I Feel Good” Trust to provide scholarships for Georgian children in need. However, since his death 8-years ago, no money has been distributed from the trust for these intended purposes.

Unfortunately, Mr. Brown’s will has been challenged by his numerous children, former spouses, and significant others. The patchwork of law suits arising from these challenges have led to an intervention by the South Carolina Attorney General to redirect the distribution of Brown’s assets. Citing the erosion of public trust and confidence in the probate process, and pointing to the “unprecedented misdirection” of the Attorney General’s intervention, the Supreme Court of South Carolina reversed the AG’s actions in redirecting the famous decedent’s assets.

To date, the only payments to come from the estate have gone to creditors, lawyers, and estate administrators. The probate proceedings have been so contested, two sets of executors have been replaced, with no closure of the estate in site.

Mr. Brown explained in an audio tape recording how he hoped his scholarship fund would benefit needy children from his home state of Georgia. He also left behind $2 million in scholarships for his seven grandchildren and divided his personal property – valued at over $2 million – to his children.

The “I Feel Good” Trust contained a standard “in terrorem” clause meaning that if any of the designated beneficiaries challenged the distribution of assets, they forfeit their respective share of the inheritance. Nevertheless, this clause has not deterred Mr. Brown’s heirs from challenging his estate plan; they argue, inter alia, that at the time of his death in 2006, Brown was under the influence of attorneys and managers who stood to profit from the trust administration. The heirs also assert Brown’s drug addiction resulted in a diminished testamentary capacity.

The Supreme Court remanded this mess to the local probate court, instructing the lower court to appoint an oversight panel to ensure the trust administration proceeded in accord with Mr. Brown’s original wishes. To date, however, the lower court continues to hear proceedings, but has yet to appoint such a panel.

This probate litigation defeats the primary goal of trust administration: keeping one’s estate plan private, and avoiding the delays and administrative costs of probate court. These types of disputes seem far more prevalent when large fortunes are at stake.

In the case of the Godfather of Soul, the motives of family members and probate professionals come into question. As noted by the South Carolina Supreme Court, such cases shed a bright light on the nature of greed and denigrate the entire probate process.

If you are in need of an estate plan in order to preserve your family’s wealth and to make arrangements to transfer your estate to the next generation of your heirs, contact our law firm in order to discuss your options. The initial consultation is free.

A proper estate plan is not simply a piece of paper; it is peace-of-mind.