Divorce in The UK: Plenty of Fault to Go Round 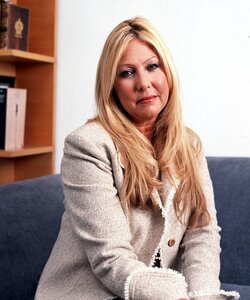 Here in Michigan, we have a “no fault” divorce system. In many ways, the divorce process has been transformed into a largely administrative process that takes place outside the courtroom; this is a good thing.

In the UK, from where our common law system is derived, the divorce process remains fault-based. Courtroom prowess is purchased in order to convince others to take of dim view of one’s spouse.

Sunday’s NYT profiled an already high-profile UK divorce attorney; Vanessa Lloyd Platt. Although below the fold in Easter Sunday’s paper, Ms. Platt, who practices in London, England, was nevertheless on the front page in an article featuring the fault component to the UK’s divorce laws.

While most experienced divorce lawyers could, “write a book”, Ms. Lloyd Platt’s “war stories” are remarkable. Take, for example, the client who sought a divorce because her husband demanded she dress and speak Klingon. Yep, or the client that sued because his wife would only serve him his least favorite dish, tuna casserole, for month’s on end. Yum, and then there was the husband that refused to speak with his wife for 15-years, communicating solely via post-it notes. Note to hubby: “get a life”.

The family court judges in counties throughout Michigan would not care to hear such drivel. Their UK counterparts, however, are compelled to sit through the details in order to assess fault in their divorce cases. This feature of the storied UK legal system was the subject of some recent criticism propounded by Judge Mathew Thorpe, sitting on London’s Court of Appeals.

The Court of Appeals judge was perhaps prompted to make the critical remarks on the record when forced to review a case that featured: alleged tampering with a television antenna; control of the household washing machine; and the wife’s “revulsion for intensely farmed meat.”

The legal issue in the case involved the existence of “fault” as a legal basis for a judgment of divorce. In the UK, a divorce can only be granted upon an evidentiary showing that one of several categories of fault is established by the spouse lodging the divorce proceeding with the court. In other words, they take the plaintiff’s burden of production and persuasion seriously across the pond.

In turn, Judge Thorpe’s remarks may have emboldened Ms. Lloyd Platt to lead the drive to chuck the “old-school” requirement of demonstrating fault in a divorce proceeding. The London lawyer’s campaign has included a published list of some of the most outrageous and remarkable cases of fault she and her UK colleagues could conjure.

The no-fault system works very well. Our county family courts here in Michigan are well served by devoting scarce judicial resources to a determination of the “best interests” of the parties’ children and an equitable property settlement. There should be no occasion to air the details of a beauty contest turned pissing match.