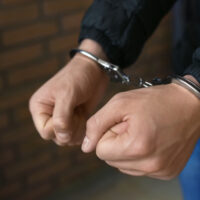 “Home invasion” is basically a burglary of a building while someone is inside. The occupant might not even be aware that a burglary is in progress, but aggressive Oakland County prosecutors often charge these incidents as home invasions.

There are a number of possible defenses. Burglary and other personal crimes almost always involve eyewitnesses. These identifications often suffer from a number of deficiencies, including cross-racial bias. If a person of one race looks at a photo or live lineup which contains people of another race, all these individuals may look alike. That’s especially true if the suspect home invaders made any attempt to conceal their identities or the witness only got a brief look at the suspect.

Procedural defenses may apply as well. Home invasion investigations often involve police dragnets. Officers may detain and interrogate “the usual suspects” even though they lack cause to do so.

An experienced Oakland County criminal defense attorney can use these defenses, and others, in the following situations.

The lowest home invasion classification applies if the defendant entered a building or dwelling without using any force with the intent to commit a misdemeanor.

Assume Janice obtains a personal protective order against her estranged boyfriend Mike. Her PPO includes a no-contact provision. Without Janice’s knowledge or permission, Mike uses his spare key to enter Janice’s apartment, planning to confront her. But when he sets foot inside, he changes his mind and leaves. Mike could be guilty of fourth-degree home invasion.

Let’s stay with the same example and change the facts. Instead of using a spare key, Mike forces the door open. He leans into the apartment, yells obscenities at Janice, and leaves. Mike could be guilty of third-degree home invasion.

This offense is almost exactly like second-degree home invasion. The defendant must have a deadly weapon and must commit any felony.

Assume Mike hits Janice on the head with his smartphone, looks around for jewelry, and runs away before he finds any. In this case, the smartphone was probably a deadly weapon. And, even though he did not commit the intended felony, he still committed a felony.

At trial, the prosecutor must prove every element of every offense beyond any reasonable doubt.