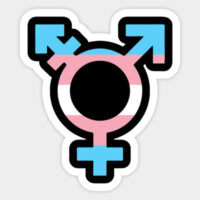 Practicing family law for decades, we have seen some epic child custody battles here at Clarkston Legal. Right now, there is one such custody battle raging through the courts of Texas. This custody battle is unique because it involves a transgender child and parents with diametrically opposed views on their child’s gender.

Jeffrey Younger and Anne Georgulas have 7-year-old twin boys. One of the boys has identified as a girl; his birth name is James but his Mother, a Dallas-area pediatrician, now calls him Luna. James, or Luna, likes to fashion her hair as a girl; enjoys dressing like Elsa and Anna in Disney’s Frozen, and has personality characteristics most would attribute to a female.

When they were first divorced, these parents had joint custody over their minor children. Once their son began to identify as a girl in 2018, Georgulas sought sole custody of the boy unless Younger agreed to affirm their child’s identity as a girl. Father disagreed, asserting that when his son spent weekends at his home after the divorce, James had no problem identifying as a boy.

Dr. Georgulas has supported providing “gender-affirming care” and “gender-transition therapy” for her daughter. These days, there are a few clinics scattered throughout the country that address gender dysphoria in young children. Mother took Luna to one such clinic in Dallas, the first and only of its kind in the Southwest. The clinic offers the controversial services of hormone and puberty suppression therapy.

Father’s stated fear is that his son is being subjected to more than just therapy; that he will be subjected to medication that delays puberty and that sets the stage for gender-affirming surgery. For his part, Younger has asserted that his ex-wife is committed to irreversible medical procedures. In his now-deactivated blog, Younger stated that his ex-Wife was committed to the chemical castration of their son James.

While none of that has occurred, Father has aired his fears to religiously conservative media outlets. What has occurred is the custody dispute was jury-tried in a Dallas family court last October. [Apparently, custody disputes in Texas are resolved through a jury of one’s peers; in Michigan, by comparison, there are no juries in family court.] The 12-person jury nearly unanimously recommended that Mother have exclusive custody and control over all the children’s medical decisions. Expert testimony was presented to assist the jury’s understanding of whether a child of James/Luna’s age is capable of strongly identifying with one gender over another.

Then, earlier this month, Dallas District Court Judge Mary Brown affirmed modification of the jury’s recommendations by affirming joint custody, requiring that both parents need to consent to any medical treatment, and requiring the entire family to participate in therapy to address the publicity generated by their case.

Judge Brown also ruled that neither parent could discuss their case with the media or with their children, and that Father was not compelled to identify his child as a girl when in Father’s custody.

Perhaps due to the raw nerve that gender-diversity has exposed in our society, this transgender child custody battle was first politicized and then weaponized. As soon as the jury’s verdict was announced, Texas Governor Greg Abbott directed both the Texas Attorney General and the Texas Department of Family and Protective Services to investigate whether Mother’s conduct amounted to child abuse. Governor Abbot said that “[t]he children at the center of this dispute are in immediate and irrevocable danger.”

Texas Senator Ted Cruz characterized the initial jury verdict in Mother’s favor as “horrifying and tragic” and referred to the boy as a “pawn” in the far-left’s social agenda. Even President Trump tweeted his opinion of the case: “This is child abuse. People need to start to stand up against this bullshit. Enough is enough.” Kentucky Senator Rand Paul echoed this sentiment, characterizing the mother’s conduct in a tweet as “child abuse”.

As the media storm over the case continued to roll out, the judge initially assigned to the case, Judge Kim Cooks, was removed at the request of Dr. Georgulas’ lawyers. The mother took issue with the judge posting headlines about the case on her personal Facebook page.

Ironically, Judge Cooks had earlier ordered Younger to shut down his blog and enjoined both parents from social media commentary. Meanwhile, Younger has side-stepped his judge-imposed social media ban by having friends and supporters maintain a “Save James” Facebook page. We’re sure there’s got to be a GoFundMe page somewhere.

In addition to the political editorial and threats of an abuse investigation, South Dakota’s lower house passed legislation banning transgender medication –so-called “puberty blockers”- and gender confirmation surgery for minors. Earlier this month, however, the measure was buried in a state senate committee where it will likely remain. Four other states have followed suit with at least the introduction of such legislation.

Politicians and legislatures are not well-equipped to address the intersection between legal custody and the best interests of a young child with gender dysphoria. Family courts like the one in Texas must address this intersection on a case-by-case basis. We note here at Clarkston Legal that although the jury handed all the custodial powers over the child to Mother, the reviewing judge toned down that ruling by affirming joint custody for both parents, and by requiring continued family therapy.

We here at Clarkston Legal can help. If you have a transgender child custody dispute or any type of custody dispute with a spouse or co-parent, contact our law firm for a free consultation to review your options.

We’ve been covering transgender legal issues for several years. Here are a few posts on this subject: