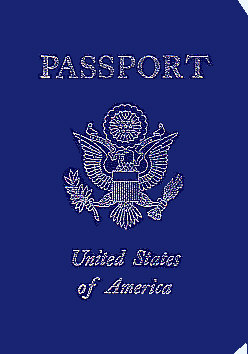 You are a non-custodial parent planning a vacation to Cancun with your kids. Your passport has lapsed and you apply for a new one, along with your children. Instead of receiving your passport, you get a letter from the Secretary of State denying your applications. Why?

Because you owe more than $2500 in child support, and because the custodial parent must assent to the passports for the kids. Child support enforcement has had a federal component for several years now.

Back in 2001, the U.S. government mandated that states align their child support accounts with state-wide computer programs. In Michigan, all county Friends of the Court have implemented the Michigan Child Support Enforcement System (MiCSES). MiCSES then certifies the support owed and reports those in arrears over $2500 to the Office of Child Support Enforcement, which is under the U.S. Dept of Health & Human Services (DHS). Next, DHS notifies the State Department which denies the passport application.

Also, in cases of divorce or custody disputes, both parents must execute passport applications for children under age 14 pursuant to the federal Two Parent Consent Law passed back in July 2001.

Once you are on the State Department’s list, you do not automatically come off, even when the arrears are paid. Eventually, your passport will lapse and you will be unable to get a new one without a hassle. In addition, you may be stopped at the boarder unable to leave or re-enter the country. If this occurs, the DHS has summarized the steps you should take on its useful website: http://tinyurl.com/mdael3.

The MiCSES state-wide computer program has several automatic enforcement components in addition to passport denial. The computer automatically reports certified arrears to the U.S. Treasury and the State of Michigan for tax refund intercepts. Arrears are also automatically reported to credit bureaus.

If you are owed child support, or want to address an arrearage, contact our law office to discuss your options.