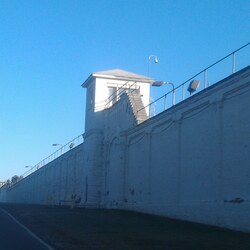 Perhaps because my first job out of law school was with the Michigan Court of Appeals, I have always maintained a robust appellate docket to my law practice. For the past several years, for example, I have served as a level two roster attorney for the Michigan Assigned Appellate Counsel System.

Excited to get approval from MAACS at the intermediate level, I pictured myself working on cutting edge legal issues in capital cases; reviewing the trial work of some of my seasoned criminal defense colleagues; and drafting meaningful appellate briefs in cases of great import. Unfortunately, my stint with MAACS had little to do with all that, and instead involved a steady diet of guilty plea appeals.

Under chapters 6 and 7 of the Michigan Court Rules, when a defendant pleads guilty, that defendant no longer has an appeal of right from his judgement of sentence. Such a guilty plea conviction is appealed via an “application for leave to appeal”. In other words, the appeal is discretionary by our intermediate appellate court; they can [and do] reject most of these appeals, not being convinced that the application poses a legal issue worthy of a merit-based review. 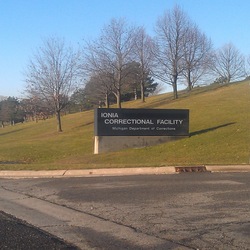 When a defendant pleads guilty and the sentence calls for prison, he is shipped first to the Egler Reception Center in Jackson, MI. After a period of quarantine, the prisoner is then assigned to one of the MDOC assets placed throughout Michigan. As a MAACS roster attorney, you must schedule a trip to that facility to meet with your new client.

Human nature being what it is, many of the defendants that plead guilty are subsequently overtaken by a serious bout of ‘buyer’s remorse’ once they have had sufficient time to reflect upon their momentous procedural decision. Or when they emerge from their inevitable appointment with a prison “writ writer”; so-named for their involvement with the Habeas petitions of their fellow prisoners.

The problem with guilty plea appeals is there are often very few viable issues on appeal once your client subjects himself to a properly conducted plea hearing. My experience has been that most of these convicted felons can no longer stand the site or the thought of their trial lawyer; in fact, it is that trial lawyer’s fault that the defendant is now incarcerated. Usually, their complaint on appeal is that they were talked into taking the plea; or pressured by their attorney. 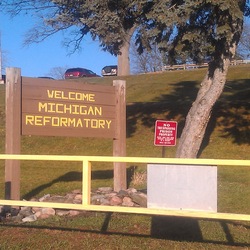 Another common complaint from my inmate clients is that they were promised, both by their trial attorney and the prosecutor, a much more lenient sentence than the one they actually received at their sentencing hearing.

Last week, I went on a tour of Michigan to meet with five of my MAACS clients in four separate MDOC facilities. I started out at the oldest prison in our state: the Michigan Reformatory in Ionia. This facility is very old school; from the “Wall” that blocks the facility off along the eastern boarder of the property, to the Eisenhower-Era administration cube at the public entrance to the facility.

I had to meet with a young inmate from Pontiac that signed an affidavit in support of my motion to vacate the appointment of appellate counsel as this youngster had no viable issues on his manslaughter conviction; he’s doing a dime.

From there, it was across the street to the supermax facility to interview an armed serial home invader with convictions from two county circuit courts; he didn’t like either of his two court-appointed trial lawyers. Not so sure he like what I had to say either.

From Ionia, it was northwest to Muskegon, then further north to Manistee; knocking out visits at each of the several facilities along the way. I finished-up my visits around 6:30 pm with a gentleman from Detroit that shot his wife in the face [she lived; it was an accident, he now claims].

Crawling across the state along M-10, I had plenty of time to reflect on my appellate practice and the various jams folks get themselves into. I was sure glad, ripping by Midland around 9:00 pm, to see the signs for trusty ole I-75 South.

At least it was a pleasant fall day; I rented a car to avoid putting all those [unreimbursed] miles on my vehicle. In all, I had earned about $425 for the all-day trip and felt like I accomplished very very little by way of legal substance.

But that’s the nature of a guilty plea appeal prison tour. I think it’s time to change my diet.