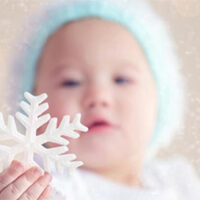 Couples facing divorce equitably divide their marital estate and apportion their marital debts. If they have minor children, custody and parenting issues are resolved. Ever since frozen embryo and cryopreservation technology achieved viability in the early-1980s, divorces and break-ups are occasionally complicated by the disposition of frozen eggs and embryos.

Like all things in the pandemic era, in-vitro fertilization [IVF] and artificial reproductive technology [ART] have been affected by the COVID-19 pandemic. First, fertility clinics have seen an increase in patients in 2020, compared to prior years. Second, more companies are offering fertility treatments as a part of their health insurance benefits. Couples on the fence over the issue have trended toward taking the ART plunge during the pandemic.

While the biological fertility process is simple enough, couples do face a wide variety of options and paperwork once they embark upon IVF and ART. An ovulating woman usually takes gonadotrophins in order to produce multiple eggs. An egg is then extracted from the vagina with a physician’s needle. What happens next depends on the couple.

The egg can be frozen, or fertilized with a partner’s or a donor’s sperm, then frozen as an embryo; the embryo can also be placed back in a womb. Statistically, frozen embryos have a better survival rate than frozen eggs. The embryo [or the egg] remains frozen until needed whereupon it is implanted into a uterus to recommence the process of human gestation.

Artificial reproductive technology affords inchoate parents with a host of options: traditional surrogacy, gestational surrogacy, egg donation, egg freezing, sperm donation, embryo donation, in vitro fertilization and insemination. Depending on which option is exercised by a married couple, there may be a frozen embryo issue at the time of divorce.

Other areas of the globe have been less restrictive. To illustrate the strides frozen embryo and cryopreservation technology have made in the past three decades, consider this: last year, an embryo frozen in 1992 was “adopted” by a British married couple, Tina and Ben Gibson, who then thawed and brought the embryo to a full-term pregnancy 27-years after it was frozen and before the eventual mother was born. An interesting side note is that the Gibsons also have a daughter from an embryo frozen for 24 years.

When embryos are under contract, there are several parties to consider: the embryo donor, the sperm donor, the egg donor, the intended parent, the gestational carrier, and, of course, the traditional surrogate. The contracts, where recognized, are designed to regulate the disposition of frozen embryos in the event of the incapacity of a partner, a divorce, or a separation.

Frozen embryos grabbed headlines in actress Sofia Vergara’s case against her former fiancé, Nick Loeb. The embryos have been the source of a 7-year legal battle in Louisiana and California. The most recent ruling by the Superior Court in Los Angeles granted Vergara a permanent injunction over the embryos. This means Loeb cannot do anything with the embryos without Vergara’s express writing consent.

Vergara has long-accused Loeb of wanting to bring the embryos to term solely due to the publicity he would gain. Since moving on with her life several years ago, Vergara understandably does not want the emotional complication of knowing that an ex-fiancé has the power to bring her flesh-and-blood child into the world, especially at her current age.

These cases, and the ART contracts that lead to these disputes, shed some light on the thought process couples should go through when contemplating the birth of a child. Who will make the decision to use, donate, or destroy a frozen embryo in the event of a divorce or separation? What happens if one spouse becomes incapacitated?

Although Michigan does not condone surrogacy contracts, couples are free to utilize IVF and ART to have children. A majority of state court judges faced with this issue have decided in favor of the party not desiring to bring the embryo to term, like Ms. Vergara. Arizona, on the other hand, grants custody to the party seeking to bring the embryo to term.

In a way, ART contracts can be viewed as another version of a prenuptial agreement. The process of negotiating and executing a contract can be eye-opening, even painful, it is a good exercise in getting to know your spouse before it is too late.

Most people who have successful marriages and children through ART/IVF would agree: don’t go through the process unless your relationship is rock solid. More famous last words could never be uttered.

If you or a loved one are in need of a free consult to create or review an ART/IVF contract, contact our law firm to discuss your options.