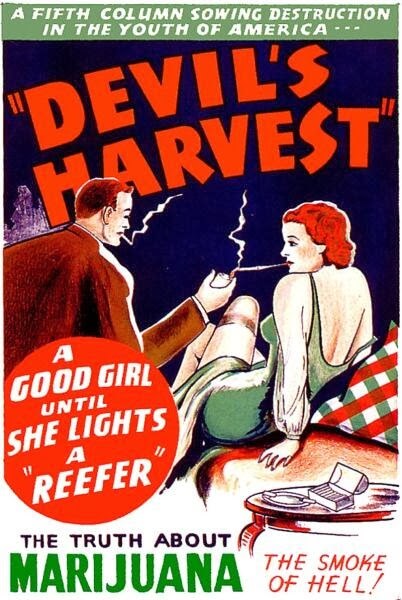 In 1936, marijuana was vilified as the harvest of the Devil; the gateway drug to the hard stuff. Reefer Madness was a propaganda campaign that swept the country in the years following prohibition.

Fast forward to the post-modern era of the second decade in the 21st Century, and we see marijuana legalized in a growing number of states, at least for its, er, medical use; the Justice Department ignores significant manufacturing and distribution operations, as directed by the U.S. Attorney General; and the SCOTUS is considering whether to hear a case this term to remove marijuana from Schedule 1 of the Controlled Substance Act.

While the Michigan Medical Marijuana Act has attracted much attention in the courts and the media all over Michigan, it has had a disturbingly polarizing effect on Dearborn District Judge Mark W. Somers. The Dearborn judge has petulantly declared the MMA unconstitutional, and has referred to marijuana as: “Devil’s weed”, “Satan’s surge”, and “Satan’s weed”.

Judge Somers has lectured defendants wrongly convicted in his courtroom on the topic of Mexican drug-cartel-related child deaths and how the medical marijuana industry is directly related to this scourge. In an infamous case, People -v- Brandon, Judge Somers ruled that, “the MMA is rendered unconstitutional in its entirety by operation of the Supremacy Clause of the United States Constitution.”

Now he has been disqualified by the Michigan Court of Appeals from deciding any more cases involving the MMA on the basis that he has pre-judged individuals accused of marijuana possession and distribution, despite the availability of valid defenses.

We here at the Law Blogger find it disturbing indeed when a judge takes matters into his own hands, and substitutes his own world view for the law. In disqualifying Judge Somers, we applaud the Court of Appeals that ruled the probability of actual prejudice at the hands of this rogue judge was too high to pass constitutional muster.

Perhaps it is time for the Judicial Tenure Commission to take a serious look at whether Mark Somers is fit and qualified to be a judge.